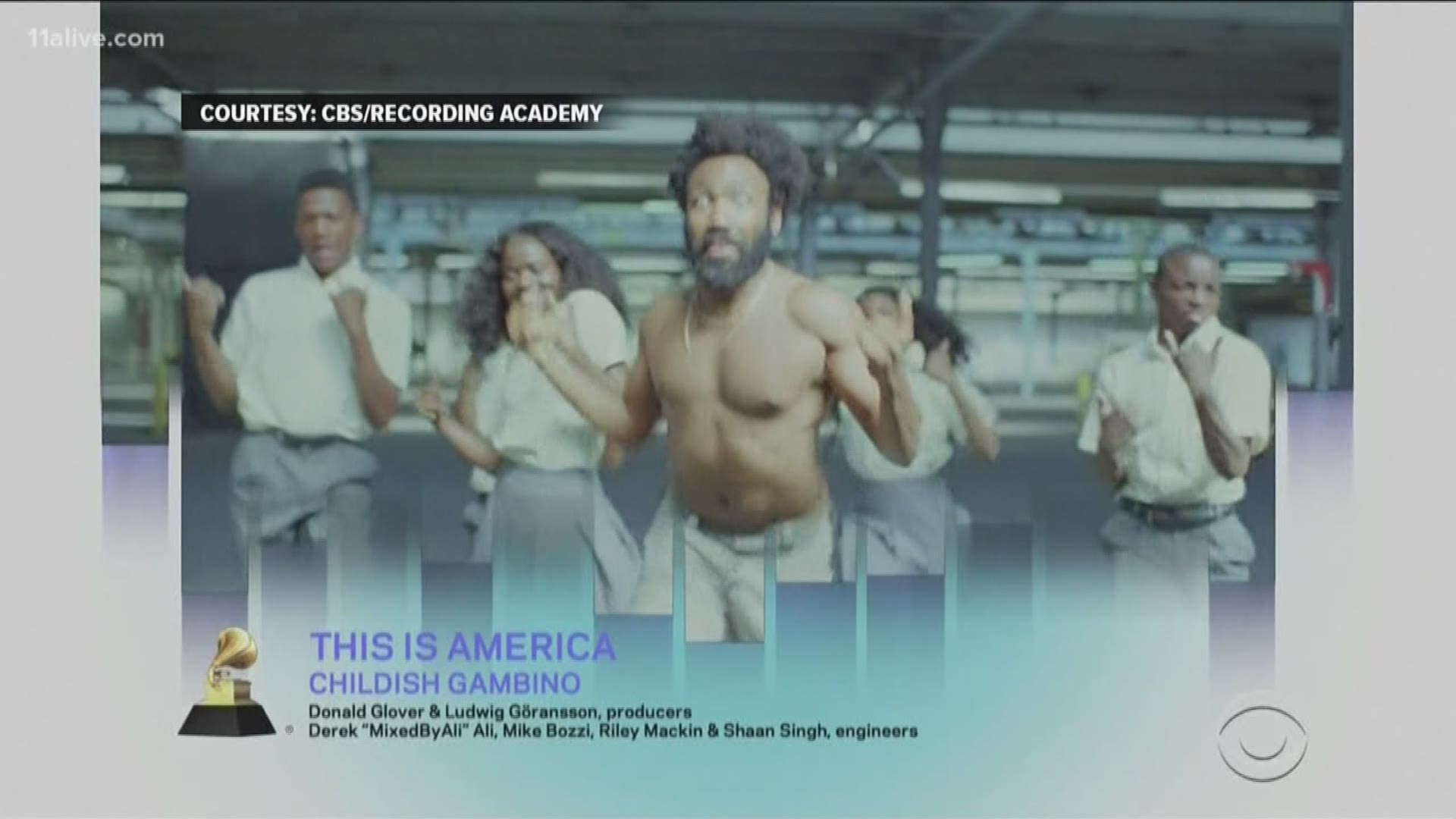 ATLANTA — The Grammy Awards kicked off Sunday at the Staples Center in Los Angeles.

"Whether we like country or rap or rock, music helps us share ourselves. It allows us to hear one another," Michelle Obama said in an introduction with the show’s host Alicia Keys. 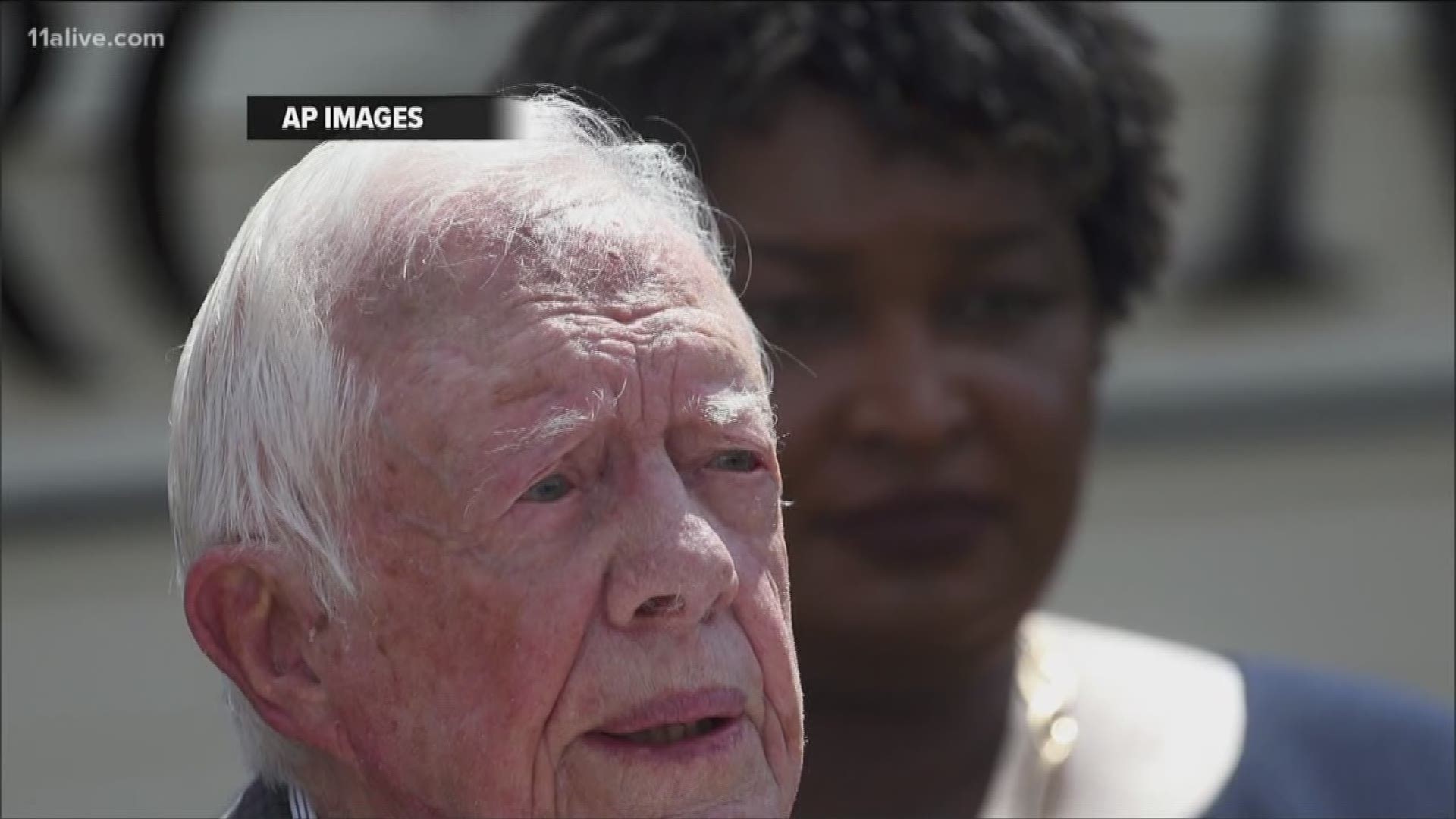 "This is America," a powerful song paired with a controversial visual, shook the speakers of our nation's fourth wall breaking an unfiltered look at gun violence in public spaces, is nominated for several awards.

Gambino aka Donald Glover, Ludwig Goransson and Jeffery Lamar Williams aka Young Thug won Song Of The Year. The track also featured ad-libs by other Atlanta rappers, including 21 Savage and Quavo.

Childish Gambino made history when his track "This is America" became the first rap-based song to win song of the year. Gambino has won three awards so far, including best music video and best rap/sung performance. Glover did not appear at the ceremony.

The 39th president won the best spoken word album honor at Sunday’s Grammy Awards for his work, “Faith — A Journey for All.”

PJ Morton received a Grammy  for best traditional R&B performance for “How Deep Is Your Love.”

Rapper Cardi B. - who is signed to Atlanta music label Quality Control - also made history as the first solo woman to win best rap album for her "Invasion on Privacy."

As for nominations, Georgia natives Chloe x Halle were up for Best New Artist and Best R&B Contemporary album. The duo performed a rendition of Donny Hathaway's "Where is The Love" in a tribute to the legend.

Atlanta's Janelle Monae was also nominated for several awards for her album "Dirty Computer," including Album of the Year.