After Ludacris bought her groceries, woman 'pays him back' by raising money for his foundation 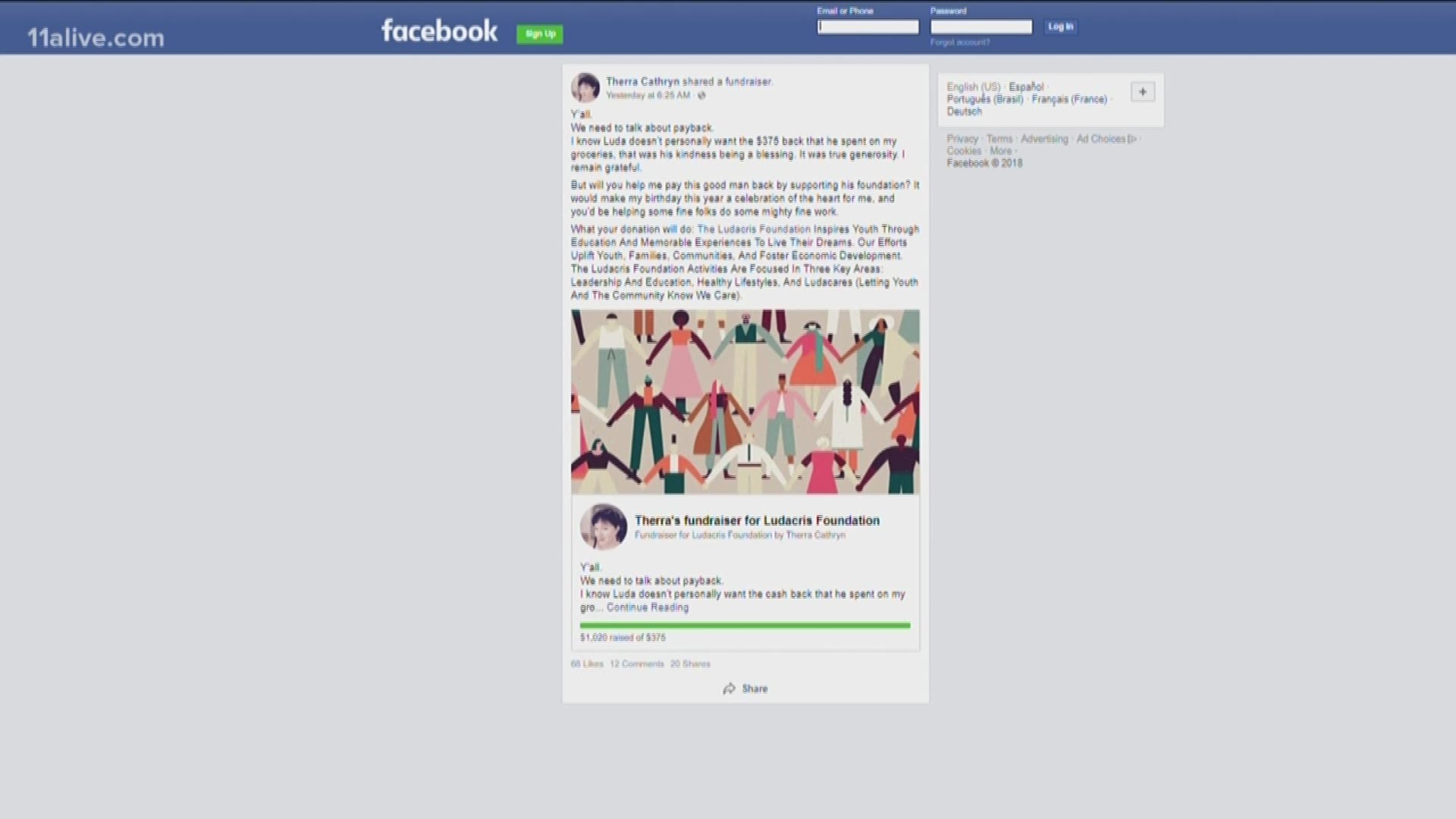 ATLANTA -- A woman in a grocery check-out line in Atlanta received an act of kindness from a shopper she didn't know. That shopper turned out to be rapper and actor Ludacris.

Now she's paying it forward by raising money for his foundation.

Therra Jaramillo said times have been hard since her husband, John, died of brain cancer. She said she was down to almost nothing in her kitchen, for her or her rescue animals. A friend gave her a gift card to Whole Foods, but when she was in the checkout line, she realized she didn't have enough on the gift card to pay for all of the groceries.

Once he left the cashier told her the mystery man was Ludacris.

Jaramillo said she knows he doesn't want the $375 back that he spent on her groceries, but she wanted to say thank you by supporting his foundation. So she started a fundraiser to collect the $375, but at last check, more than $1,000 had been raised.