'We make a great team': Best friends celebrate their 45th Bloomsday together

The perennial duo helped start the iconic race and have been friends for 48 years. 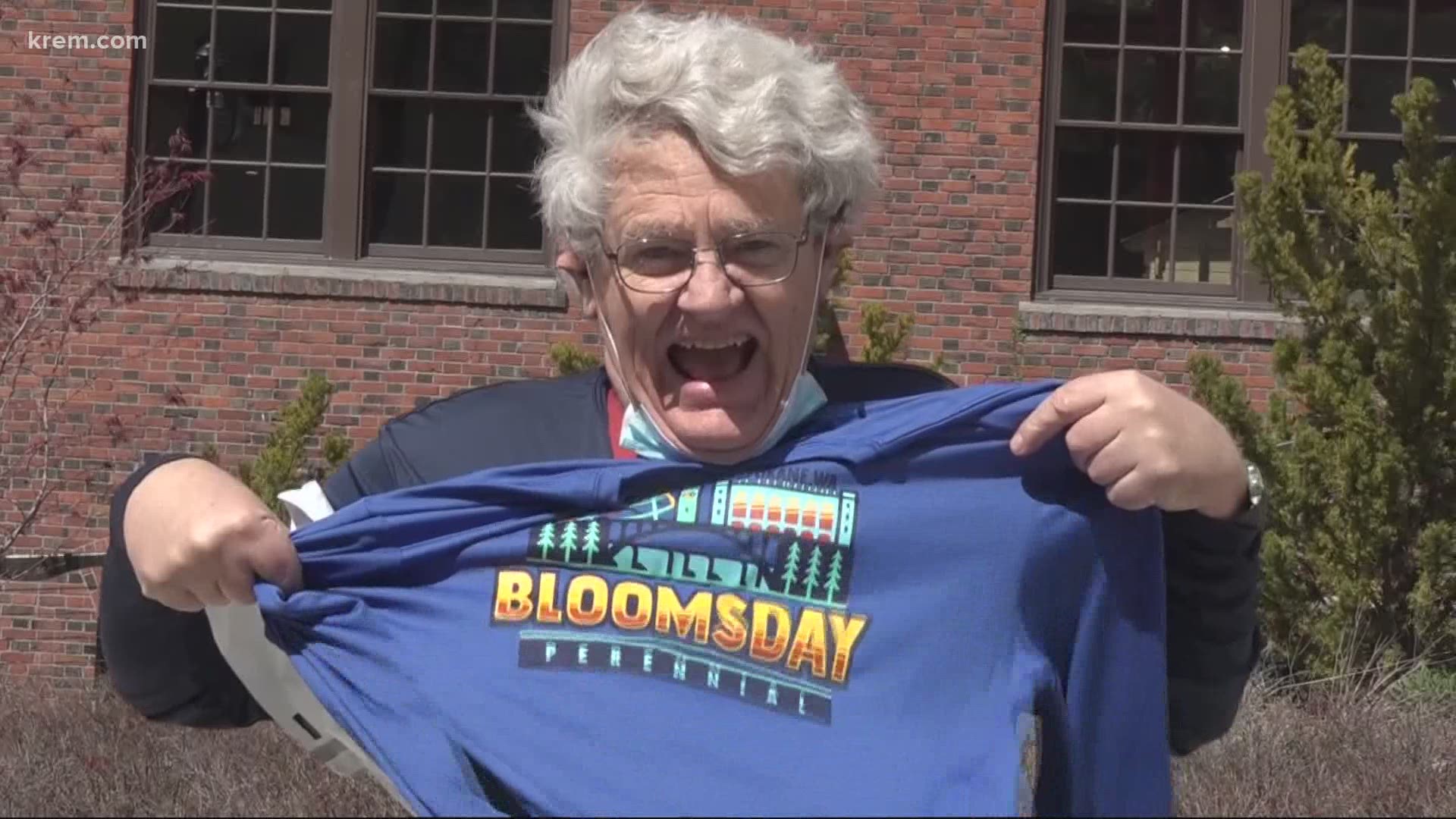 SPOKANE, Wash — Almost a semi-centennial after the first official Lilac Bloomsday Run, about 50 perennials met near Riverfront Park on Sunday to celebrate each of their 45th event. This iconic event faced challenges navigating the pandemic era, but nothing is stronger than the bond perennials, or community members that have attended the race from the start, share with this day.

"We met while working," Howland said. "We've been friends for years."

They've been close for 48 years, to be exact.

"It's special, it's close to family-like relationship," Ray said. "It kind of shows what you can develop here."

The duo are just two of Spokane's perennials, community members who have completed every single Bloomsday Run. That's 45 years, and in those 45 years, they’ve also become more than just runners in a race.

"I helped design the course and picked out the location," Howland said. "That's where it began."

When creator Don Kardong got back from running the marathon in the 1976 Olympics, he enlisted the help of the pair to start organizing a local race.

"You feel the pressure, like now you have to do it because the number that's done them all has been shrinking," Ray said in reference to being a perennial that always shows up for the event. "We still got a great group of people here that are perennials that have done it all, I think we're around 80 or 90.

Only around 1,200-1,400 people participated in the first race, he said. The race quickly went global. The event reached its all-time high of 61,298 participants in 1996, according to the Bloomsday website. Even in the midst of the pandemic, masks and all, old friends still get this run together like its the first time they are doing it.

"I'm not going to miss a day, so I'm not holing up somewhere," he added. "I'll go by the rules, but I'm gonna go and keep enjoying life."

Organizers believe 85-year-old Howland was the oldest perennial there. He is now in a wheelchair, but he and Ray said that doesn't mean anything since the organizers make this event inclusive.

"They've just done a great job of bringing us together and making us all feel good about running, walking or going in a wheelchair," Ray said. "It's a 'I'm going to do it' type of attitude."

After all these years, Bloomsday has done more than just provide a fun athletic tradition.

"It just kind of shows exactly what you can do, in building friendships and building relationships — which, that to me, is what life's all about," he said. "We make a good team."

"It's been a long road and it's been a great ride," Howland said. "I've met all these wonderful people, like Maury [Ray]."

As you grow older, the best thing you can do is continue what you love, according to Howland. What he loves is spending time with his best friend at Bloomsday.