In an age of digital music streaming and the coronavirus pandemic, Tower Records has returned as an online music store. 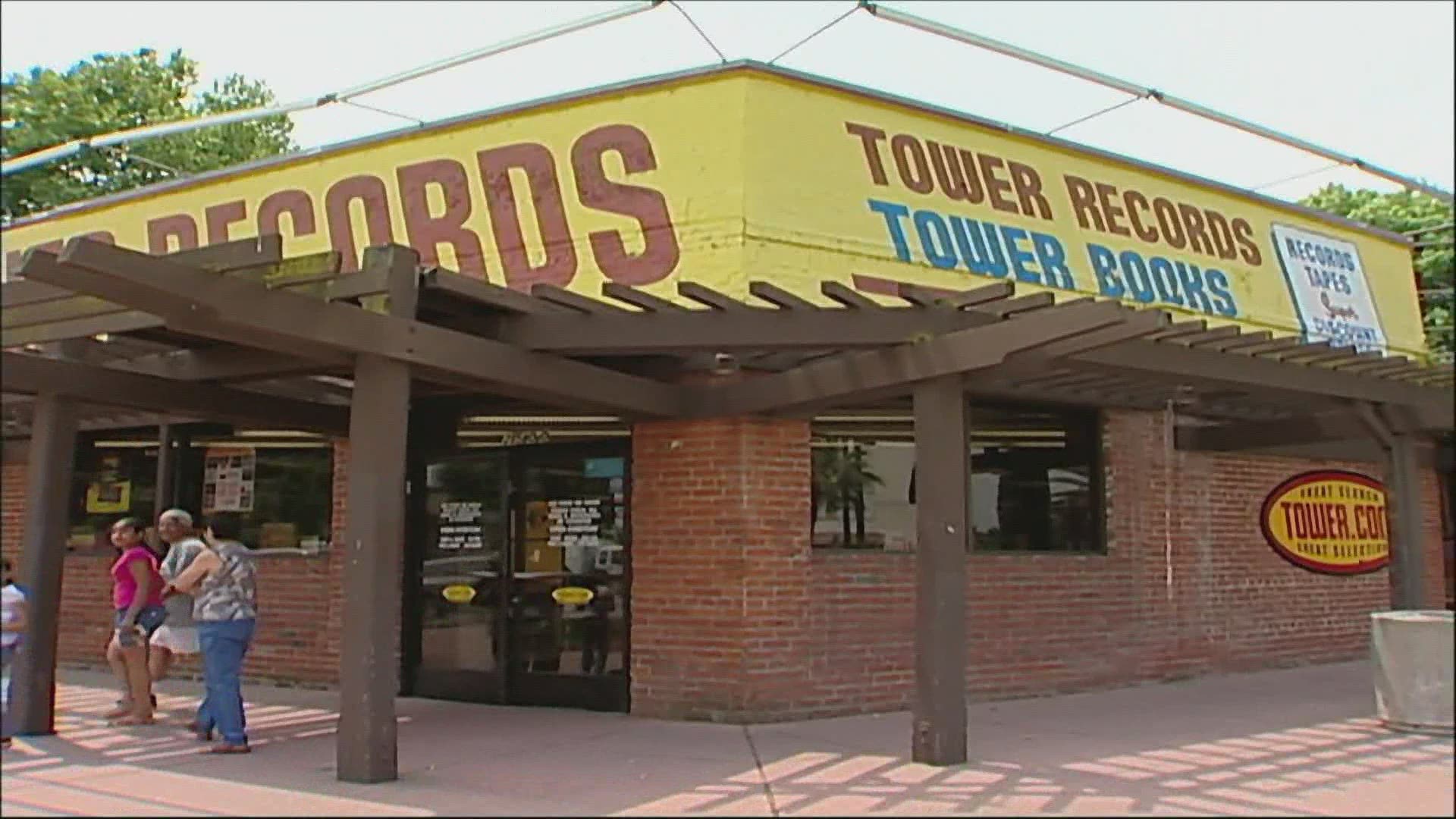 SACRAMENTO, Calif — When Tower Records closed back in 2006, after nearly half a century in business, longtime customer Danny Zeijdel was devastated.

"With that closing was, I think, the end of a sort of a chapter in the music industry where that sense of community was gone," Zeijdel said. Tower Records was a place for him and so many customers worldwide to come and learn about new music.

That's why Zeijdel has hope and excitement in a year that has left people wanting both. He is now chief executive officer of the resurrected company, which aims to bring the music store back into the world once again.

Tower Records first opened in Sacramento in 1960. At its height, the company operated in 20 countries, including a store in Tokyo that was recognized as the world's largest music store.

The company went under in 2006. For the new owners, 2020 seemed to be the perfect year to bring Tower Records back due to vinyl's resurgence and how music listeners seemed to yearn for physical editions.

The music festival South by Southwest was supposed to be where Tower Records was to make its comeback. From there, the music store was going to organize pop up events that would have included album signings; however, the coronavirus swept the globe, shutting down virtually every music event in the country, including South by Southwest.

The annual festival in Austin, Texas was canceled just days before its scheduled mid-March start. Initially, during the pandemic, many online stores opted to sell only essential items to customers. Zeijdel said this struck him as the perfect time to ship out vinyl to music lovers.

In an age of digital streaming, Zeijdel said listening to music in its physical forms, such as on vinyl or cd, is an unparalleled experienced compared to streaming services. While good on the go, streaming doesn't capture the experience of looking at an album's artwork, line notes, and learning about what inspired the artist, Zeijdel said.

“(What) the younger generation is also a yearning for right now is that that disconnect from the physical from the digital world and paying attention and listening, really listening to music, rather than just putting it on in the background," Zeijdel said.