"Far From Home," which opened overseas before landing in the U.S., has grossed $580 million worldwide in 10 days of release. 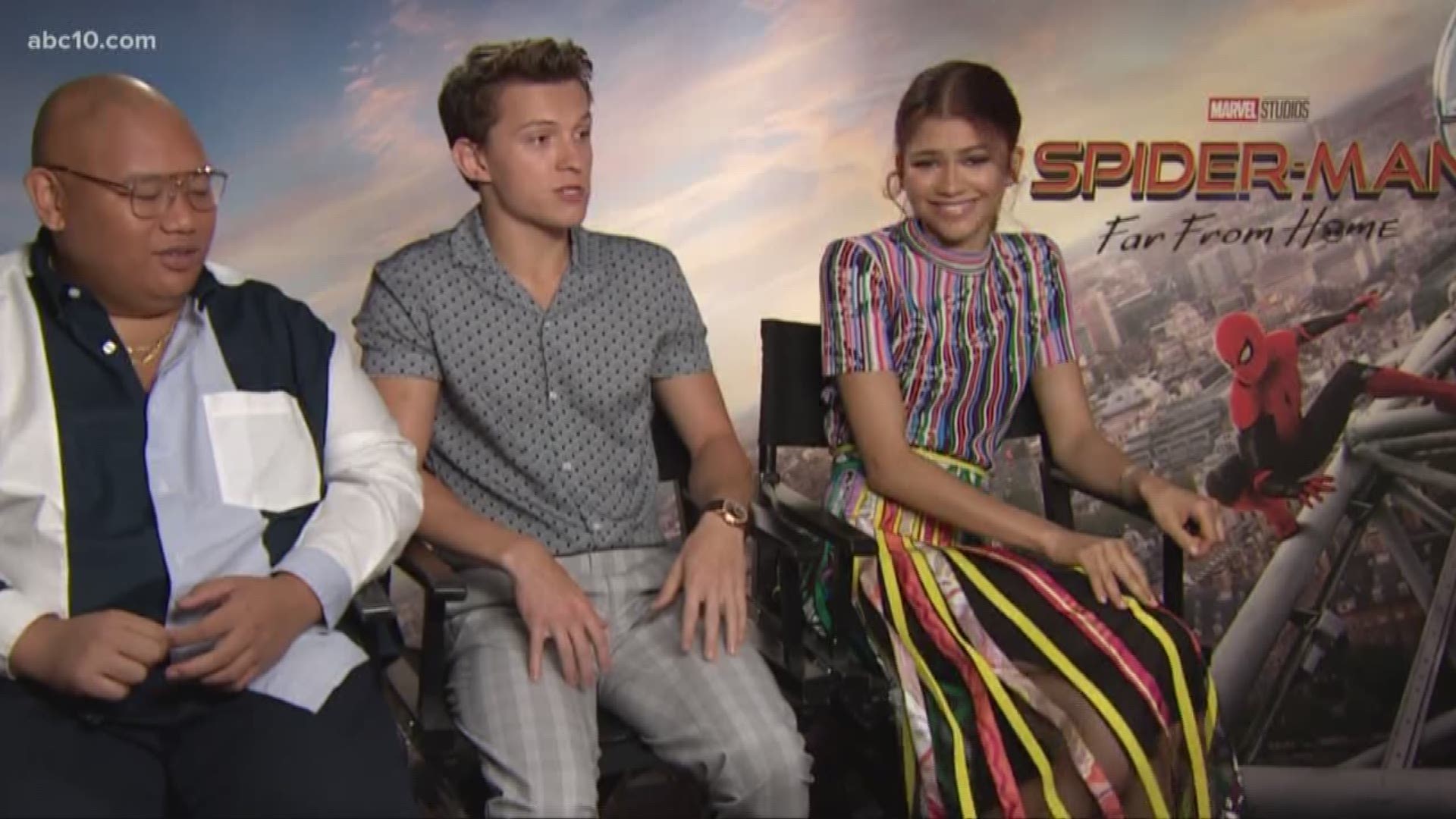 NEW YORK — It pays to have one of the biggest lead-ins ever.

"Spider-Man: Far From Home," the first Marvel movie after "Avengers: Endgame," swung past any franchise fatigue to dominate the July Fourth holiday weekend, raking in an estimated $185.1 million since opening Tuesday and earning $93.6 million from Friday to Sunday in North American theaters.

The opening gave Sony Pictures one of its best weeks ever. "Far From Home," which opened overseas before landing in the U.S., has grossed $580 million worldwide in 10 days of release.

It also came with an assist from Disney's Marvel Studios, which has partnered with Sony on this and its last two "Spider-Man" releases: 2017's "Spider-Man: Homecoming" and last year's animated spinoff "Spider-Man: Into the Spider-Verse."

Though "Far From Home" fell short of the $117 million Friday to Sunday domestic opening of "Homecoming," its unconventional Tuesday opening paid off. The film's $39.3 million opening day set a record for any movie on a Tuesday.

To help whet the appetites of Marvel fans — and to approach the record $2.79 billion gross of "Avatar" — Disney re-released "Endgame" in theaters the weekend ahead of "Far From Home."

Part of the draw of the film, starring Tom Holland as Spider-Man and Jake Gyllenhaal as Mysterio, was seeing the first installment in a new chapter of the Marvel Cinematic Universe. ("Endgame" still narrowly trails "Avatar," unadjusted for inflation, with $2.77 billion.)

The strong performance of "Far From Home," which cost approximately $160 million to produce, along with the sustained interest in holdovers like "Toy Story 4," ''Yesterday," ''Annabelle Comes Home" and "Aladdin," helped the industry knock down the deficit compared with this time last year about a percentage point.

Due in part to a number of underperforming sequels including "Godzilla: King of Monsters" and "Men in Black International," the year is running 8.4% behind last year. But Marvel has been immune to the ups and downs of sequel making — it's behind the year's top two films: "Endgame" and "Captain Marvel."

Paul Dergarabedian, senior media analyst for Comscore, thinks "Far From Home" may have turned the tide.

"This movie was exactly the shot in the arm the summer needed, emotionally and spiritually if not financially," said Dergarabedian, who noted the weekend overall was roughly equal to the same timeframe last year. "The whole notion of franchise fatigue, while true in some cases, is not in all. When movies aren't great, that's when people get fatigued."

Perhaps just as cheering for the industry is how well a number of films are holding.

After two weeks atop the box office, "Toy Story 4" slid a modest 43% to second place, with $34.3 million. It has now taken in $650 million globally. Universal Pictures' Beatles-themed romantic comedy "Yesterday" dropped only 37 percent in its second weekend, with $10.8 million.

The Warner Bros. "Conjuring" spinoff sequel "Annabelle Comes Home" snagged $10.8 million in its second weekend. And Disney's "Aladdin," with $7.6 million in its seventh week of release, has accumulated $921.7 million worldwide.

A24 nevertheless hailed the results for "Midsommar," saying "it firmly cements Aster as one of the most exciting new directors to come around in a long while."

Estimated ticket sales for Friday through Sunday at international theaters (excluding the U.S. and Canada), according to Comscore.