'Beto-Lizzo 2020, you voting?' Rap star tips her flute to O'Rourke at SXSW

Lizzo brought her bops, her flute, an emotional speech, and a surprise "announcement" to her 2019 SXSW set. 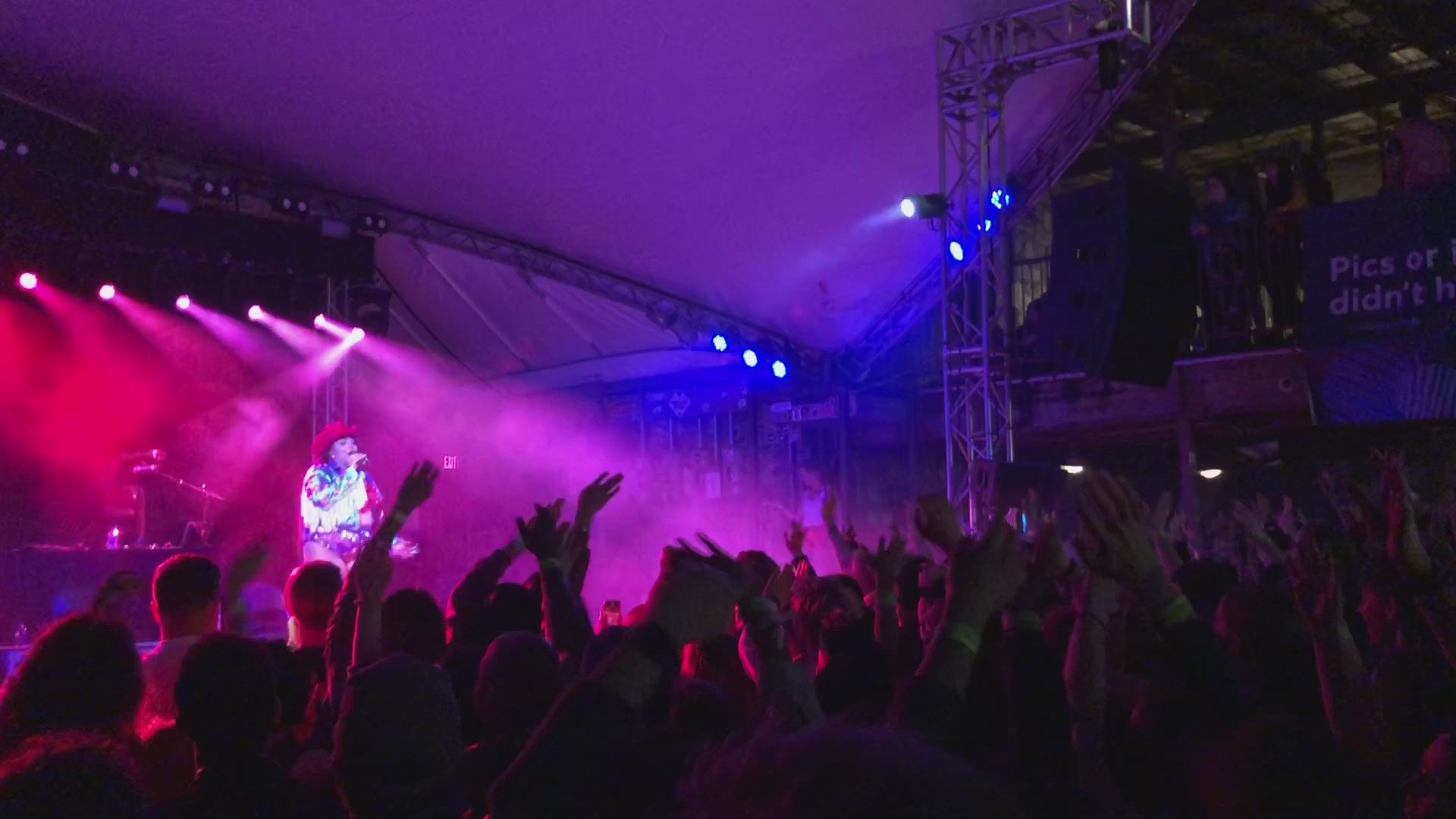 AUSTIN – The queen of body positivity. Perhaps the nation's only flute-playing rapper. America's next bop star. The nation's next politician?

Her name is Lizzo and she certainly brought the bops to SXSW 2019, but did she also just announce her candidacy in the next election?

The rising star is known for such "bops" like "Good as Hell," "Truth Hurts," and 2019's "Juice." Since its release only two months ago, the hit has already gained more than 14.5 million plays on Spotify alone, and performances across late-night television and "The Ellen Show."

Perhaps buzzing off a rocket into stardom and her rapidly growing fan base, the rapper seems to have a lot in common with former U.S. Senate candidate Beto O'Rourke. And both had special announcements to make Thursday.

"Beto-Lizzo 2020, you voting," Lizzo asked the crowd, only hours after O'Rourke announced he will be running for president. "Can I get an amen?"

While the announcement may not have been meant to be taken in 100 percent sincerity, fans seemed to be on board with the notion.

The up-and-coming rapper has made a name for herself among her fans, continuing to spread the message of body positivity and loving yourself, especially when you feel like the world doesn't.

"Let me change the narrative and take it a step further," Lizzo said. "Yes, I love myself, but how do I love myself in a world that doesn't love me? ... All that I can say is that I've been there. This is one of the moments where I was literally back there on the verge of tears just from an inexplicable sadness, an exhaustion, a darkness that every human being is entitled to ... and you have the power to get out of."

Lizzo thanked her fans, saying she got out of it as soon as she stepped on the stage.

"You need to reach out, I don't care how you reach out," she told the crowd, whether it's by a text, with your therapist, or with a complete stranger. "Reach out, I promise you and someone will be there to catch you because you were there to catch me tonight, and that's a [expletive] testament."

While she did take the time to get intimate with her supporters, that didn't stop her from bringing her hits, moves and getting the crowd on their feet. She even brought along her newly famous instrument she's dubbed "Sasha Flute."

After she introduced Sasha at a show in Iowa, the flutist's skills went viral on social media. She even earned a response from Ron Burgundy, AKA Will Ferrell, himself.

Here she is during her soundcheck at Stubb's:

While the question on if Lizzo will continue her career as a flute-touting rapper – or become America's first flute-touting president – remains to be seen, her SXSW showcase is proof she is onward to great things.

The event, which was hosted by Ticketmaster, also included performances by King Princess, Car Seat Headrest, Cherry Glazerr, and Durand Jones & The Indications.

Lizzo, who developed her musical career in Houston, is expected to debut her full-length album, "CUZ I LOVE YOU," on April 19.