On Wednesday, the organization announced Nelly will headline the event 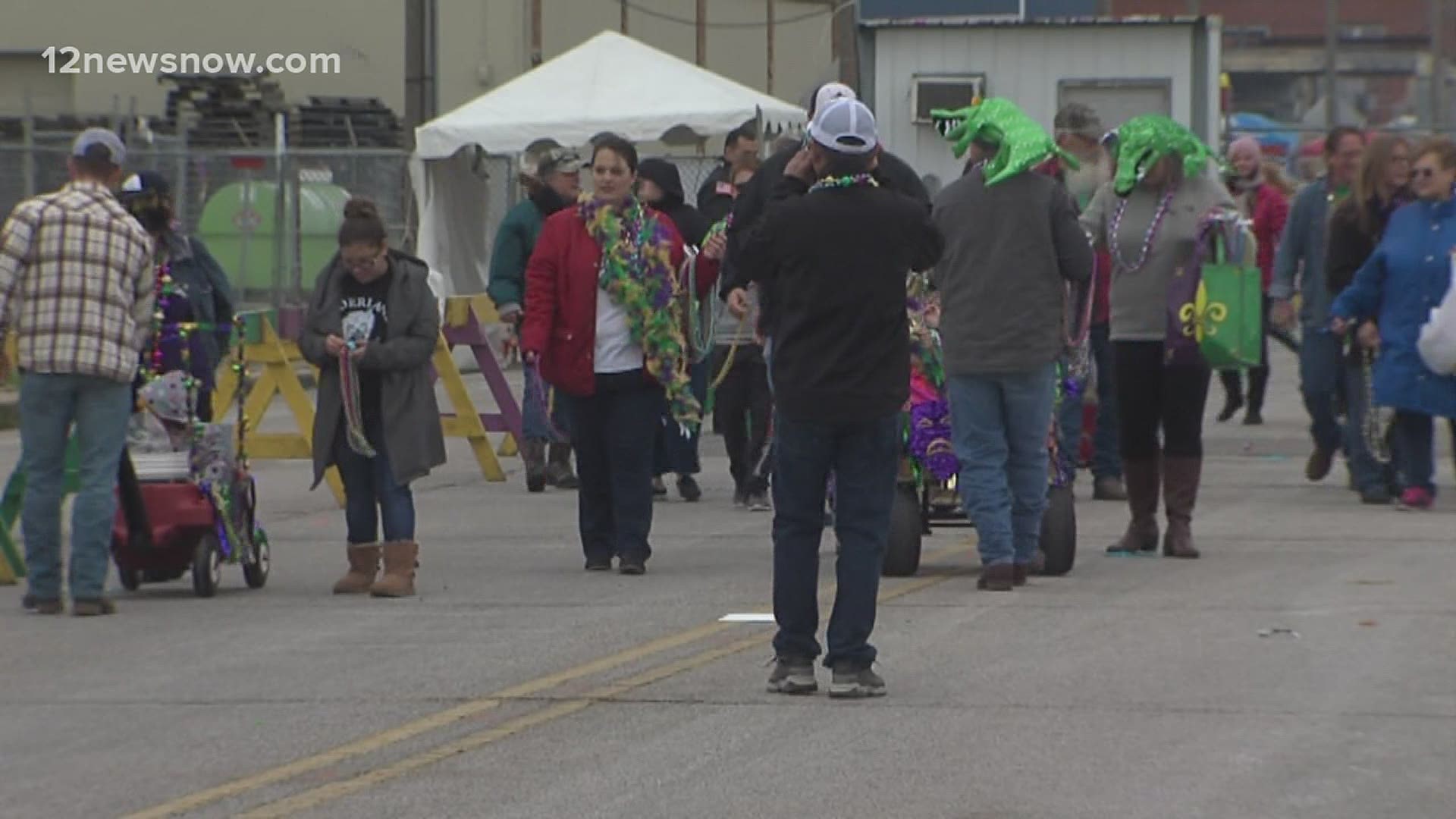 WE'VE HEARD IT OVER AND OVER DURING THE PANDEMIC.

AND THAT'S THE MESSAGE FROM A BEAUMONT DOCTOR, EVEN AS ORGANIZERS PREPARE FOR THIS UPCOMING MARDI GRAS SEASON

Traditions are a big part of Shalon Marks' family. Those include attending tree lightings during Christmas time and catching beads during Mardi Gras.

"To experience it here at home would be a good thing."

Mardi Gras Southeast Texas officials say they are moving forward with the even, until told other wise. Marks, who lives in Beaumont, said it's just what folks need.

"I am hopeful for it for the simple fact that we been under pretty strenuous circumstances for a while and a little bit of normalcy would be good," Marks said.

But, possibly opening the gates for thousands of festival goers is something that concerns one Beaumont doctor.

Dr. Msonthi Levine with Golden Triangle Internal Medicine said it's important to continue to be cautious.

RELATED: Mardi Gras Southeast Texas to move ahead with plans for 2021 event

"It just would seem a little suspicious, maybe a little careless that still in the middle of this pandemic you trying to form an event like that just because people are dying. It's still unpredictable," Levine said.

Since October, COVID-19 cases and hospitalization rates have continued to rise. Trends that Dr. Levine believes could only get worse by hosting large gathering like Mardi Gras.

"It's gonna keep the rate of infection at an all-time high until these vaccines can come out but that's gonna take half a year for all that to happen so we have to keep to continue to stick to the basics," Levine said.

Marks said if the festival gets the green light, she plans to let the good times roll while still playing it safe.

"I just say as an individual person, and a mother, you just have to take those extra precautions if you're gonna participate," Marks said.

12News reached out to Mardi Gras Southeast Texas officials on Wednesday regarding safety measures for this year's event, but they declined to comment.

When asked about refunds if the event is canceled due to COVID-19, a representative said "it would be premature to speculate on that" since the event has not been canceled.

In November, 12News spoke to Laura Childress, president of Mardi Gras Southeast Texas. She said they will evaluate as February gets closer.

Plans include implementing various safety measures like hand sanitizer stations, constant cleaning and spreading things out according to Childress.

"We worked together very well for the last six months trying to develop the safest precautionary plan that we could develop in order to make the event where people felt comfortable being there," Childress said.

Childress said they will comply with whatever orders are in place during that time.

"Anytime you're talking about health concerns or safety concerns that has to be your priority," Childress said.