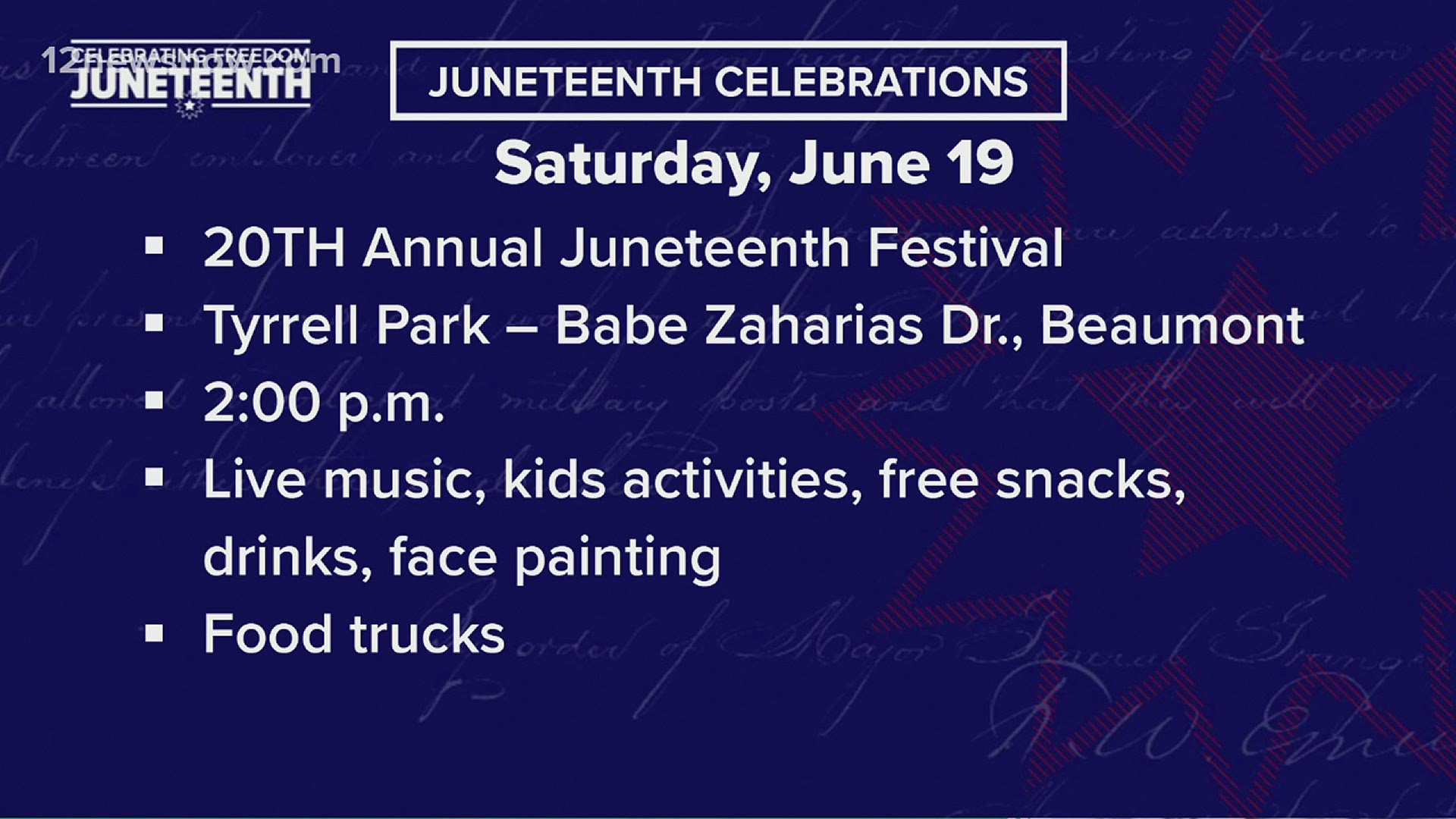 BEAUMONT, Texas — For the first time in 40 years, a new federal holiday has been created.

Some businesses closed their doors to celebrate however, the short-notice of some of the closures caused confusion.

The U.S. Federal Courthouse in Beaumont gave their employees the day off, but the workers did not find out until two hours before their work day started.

Since Juneteenth fell on a weekend this year, businesses like the Bank of America closed their doors. This caused confusion for customers who did not hear the news about the new holiday.

Dana Rigley, a resident of Lake Charles, said she drove for more than an hour to get to the bank only to find out that it was closed.

“It is kind of frustrating because there is no Bank of America where I live at,” Rigley said. “With them closing without notifying people made it difficult. Now, I have to wait until Monday and drive back.”

Bank of America had drive -thru services still available.

While some businesses and government offices closed to celebrate the new holiday, other did not.

Although county courthouses remained fully operational, Judge Jeff Branick told 12news that they are planning to set the holidays in the coming months for next year.

The U.S. Postal Service, who usually takes national holidays off, did not close for Juneteenth.

A spokesperson for the USPS said that, “closing down our operations without providing appropriate time would lead to operational disruptions.”

The USPS said that they fully support the national holiday and will discuss future closures.

With Juneteenth being the first new holiday in 40 years, those who did get the day off took the time to celebrate.

However, Port Arthur Mayor Thurman Bartie said that the day was about more than just getting to be off.

Bartie said there is a deep significance to Juneteenth.

“It is a celebration of the emancipation proclamation which was actually effective Jan. 1, 1863.” he said. “Texas did not receive word until Juneteenth or June 19, 1865. So, this is a Texas holiday for African Americans. “

The morning, the Port Arthur community gathered for a reading of the proclamation and a flag raising ceremony to celebrate the new national holiday.