"I hope that we will now do this unafraid, deep-dive into a history that is rarely spoken of." 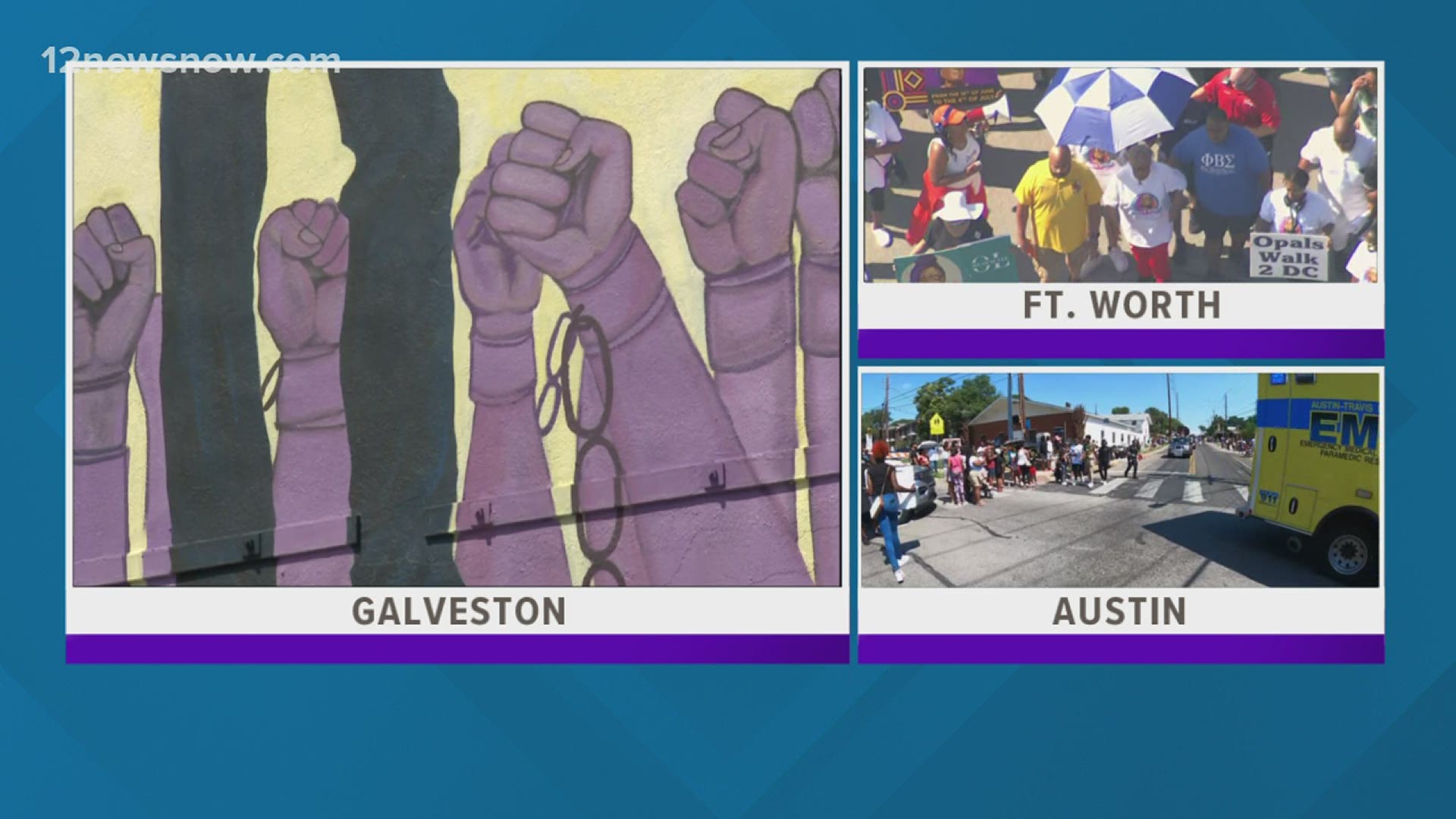 FORT WORTH, Texas — Across the state of Texas, parades were held in towns large and small.

From the state capitol, to Fort Worth where Opal lee, the grandmother of Juneteenth, held her annual 2.5 -mile march, the now federal holiday is being celebrated.

"What I hope this gift (Juneteenth) does for us is that we will now do this unafraid, deep-dive into a history that rarely is spoken of,” Lee said.

In Galveston, a new mural, named Absolute Equality, was dedicated.

The 5-thousand-square-foot painting stands at the exact spot where a union general issued an order demanding absolute equality for enslaved African Americans in Texas.

Congresswoman Jackson-lee and Senator Cornyn, who also attended the event, led the fight in congress to get the holiday recognized nationally.

The Orange community also gathered  to celebrate the now federal holiday at the city’s Riverfront Pavilion.

The event was called “Juneteenth in the Fruit.”

Organizers said the turnout was nice, despite the sun beating down on them.

They were glad to be near the waterfront for a cooling breeze.

“Juneteenth becoming a national holiday, it means a lot to us as Black people," one of the organizers said. "I think this is a great event that we have put on. I am happy to see everyone out in the community. People out here having fun, and the kids are also having a good time.”

Organizers of the event told 12News they plan on having a similar event this fall in Orange.