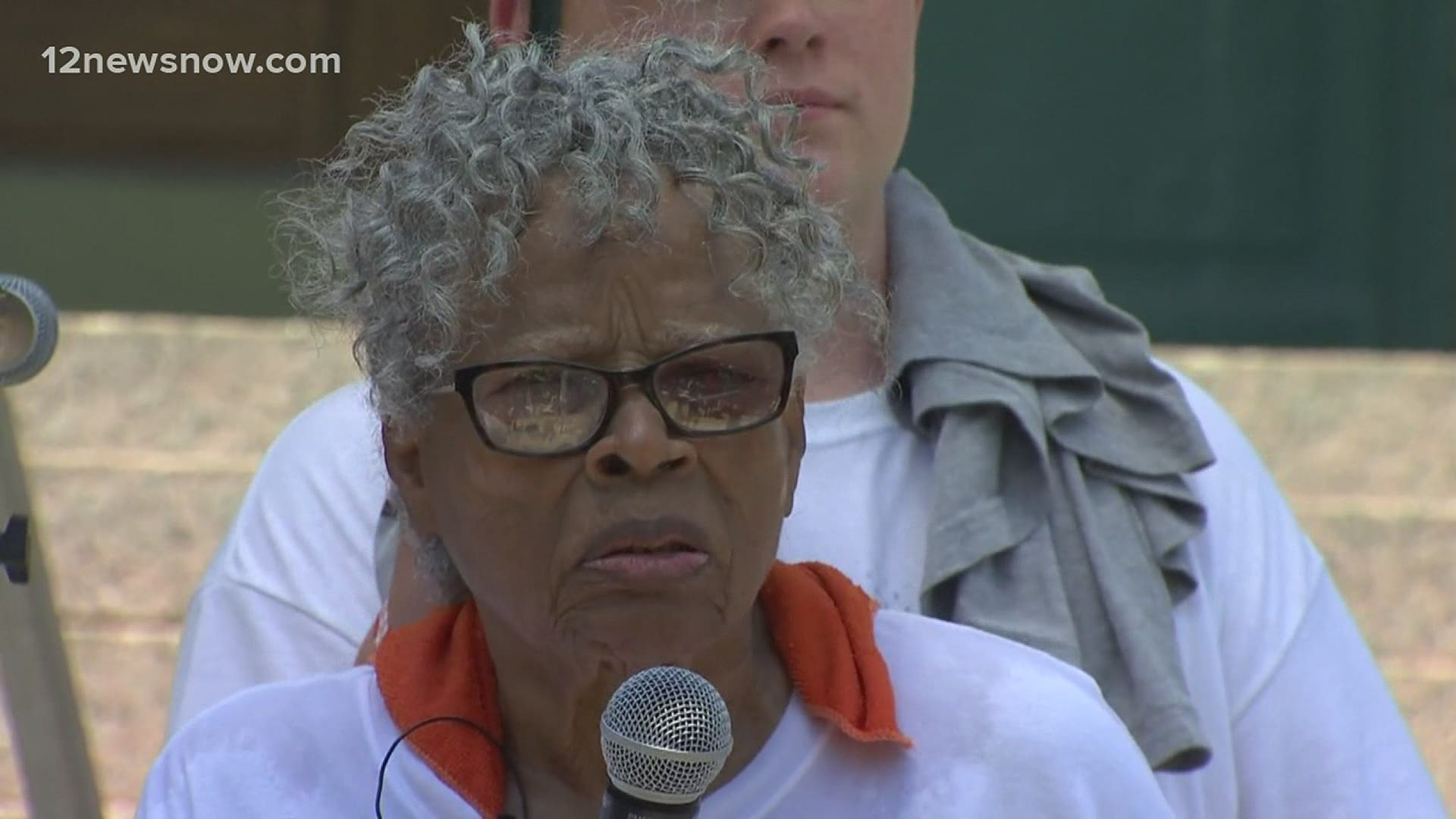 FORT WORTH, Texas — Opal Lee, otherwise known as the “Grandmother of Juneteenth," led the symbolic 2.5-mile Fort Worth march on Saturday, June 19, to commemorate Juneteenth.

Lee's 2.5-mile walk symbolizes the time it took for slaves in Texas to learn of their freedom. Lee hopes that others continue to speak out about issues they believe in.

“Please continue to speak out on the kinds of things that you know we need to fix to become one people,” she said. “It is not a white thing. It is not a black thing. It is an American thing.”

Lee was at the White House when President Joe Biden signed the a bill officially making Juneteenth a federal holiday.

Across the state of Texas, Juneteenth was celebrated with a new and deeper meaning.

In Galveston, a new mural, named Absolute Equality, was dedicated.

The 5-thousand-square-foot painting stands at the exact spot where a union general issued an order demanding absolute equality for enslaved African Americans in Texas.

The Orange community also gathered  to celebrate the now federal holiday at the city’s Riverfront Pavilion.

The event was called “Juneteenth in the Fruit.”

“Juneteenth becoming a national holiday, it means a lot to us as Black people," one of the organizers said.

“The city has been celebrating it anyways,” Lewis said. “I guess we can say the rest of the country is catching up, and I think we are on the right side of history right now.”