Alamo Drafthouse files for bankruptcy, will close some locations permanently

Alamo Drafthouse Cinema began in 1997 as a single-screen "mom and pop repertory theater" based out of Austin. 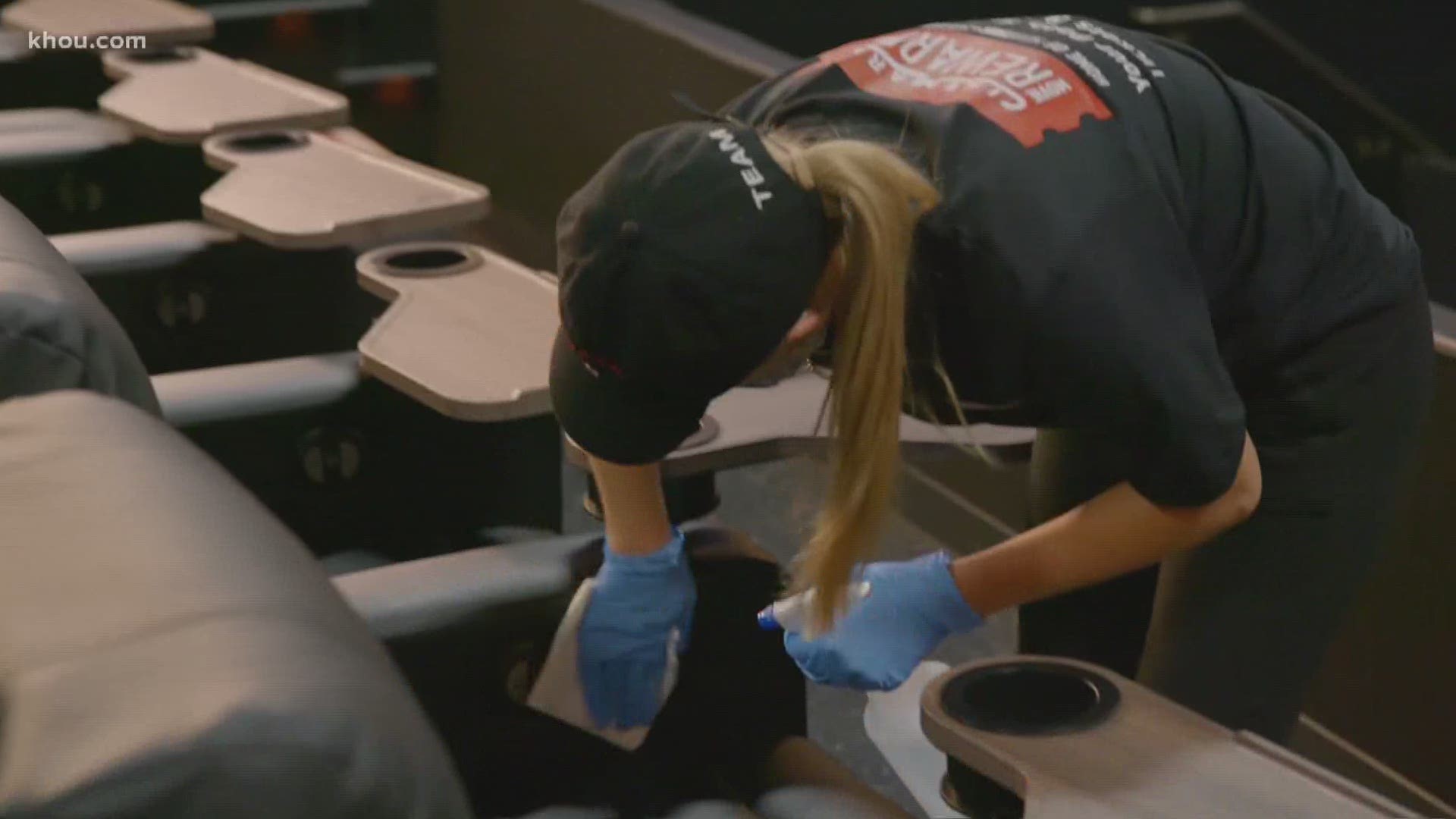 Note: the video in this story is from August 2020 and reports on movie theaters reopening during the pandemic

Alamo Drafthouse said the move will provide the company with much-needed "incremental financing to stabilize the business during the pandemic."

The industry, like many others – has experienced an unprecedented financial impact due to the coronavirus pandemic.

The Houston-area has one location in Katy with two more that were said to be in the works for League City and Sugar Land.

Alamo Drafthouse locations that are closing

On Wednesday, the movie-chain said it has three company-owned locations that are closing permanently: New Braunfels, the original downtown Austin location and the theater in Kansas City, Missouri.

A statement to KHOU 11 said there would be no impact on other businesses or on franchise operations.

The company released a statement, saying it will "continue its mission of providing the best moviegoing experience in the country, sharing the films and food the Alamo Drafthouse team loves with the widest possible audience. Our customers and employees can expect that the currently operating company-owned and franchise-operated theaters will be open for business in accordance with local guidelines and the company’s ongoing site evaluation process, with three new franchise theaters slated to open this year."

“Alamo Drafthouse had one of its most successful years in the company’s history in 2019 with the launch of its first Los Angeles theater and box office revenue that outperformed the rest of the industry,” Taylor said. “We’re excited to work with our partners at Altamont Capital Partners and Fortress Investment Group to continue on that path of growth on the other side of the pandemic, and we want to ensure the public that we expect no disruption to our business and no impact on franchise operations, employees and customers in our locations that are currently operating.”

“Because of the increase in vaccination availability, a very exciting slate of new releases, and pent-up audience demand, we're extremely confident that by the end of 2021, the cinema industry – and our theaters specifically – will be thriving,” League said. “We are fortunate to have an incredibly talented and passionate team who are eager to welcome our loyal fans back to our theaters for a cinematic experience that can’t be replicated. That said, these are difficult times and during this bankruptcy we will have to make difficult decisions about our lease portfolio. We are hopeful that our landlord and other vendor partners will work with us to help ensure a successful emergence from bankruptcy and viable future business.”

Alamo Drafthouse was the first theater chain during the pandemic to pivot by offering people a chance to rent a theater. The company also launched a 100% curated video on demand (VOD) platform called "Alamo On Demand."